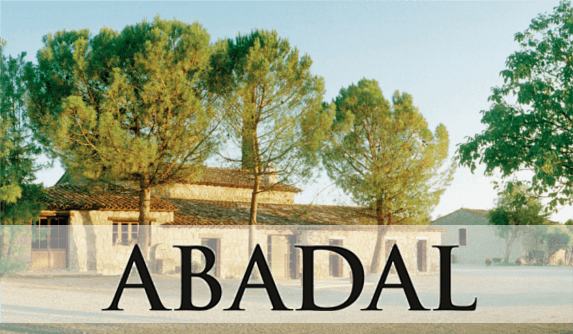 In the middle of Catalonia, only 60 km northwest of Barcelona in the Monserrat foothills lies the wine growing region Pla de Bages. This hitherto relatively unknown region has the Abadal Winery to thank for its good reputation. This young and relatively small wine growing region covers only 600 ha and received its ‘DO’ status in 1995. Abadal is owned by the Roqueta family has since been highly praised by international wine critics as one of the top class wineries in Catalonia. Partly responsible for Abadal’s success is Ramon Roqueta’s young and dynamic team and the oenologist Joan Soler.

The Abadal vineyards are located in an average altitude of 400 m above sea level and a characterised by the Mediterranean continental and submountanous climate. Due to its low-precipitation microclimate and more extreme temperature fluctuation than in the nearby Penedés, this region is especially suited to wine growing. The wines from Abaldal have very characteristic balsamic notes of lavender, thyme and rosemary. These herbs grow in the forests surrounding the vineyards. The soil and climate conditions also contribute to these especially crisp, pleasantly concentrated wines with good ageing potential.