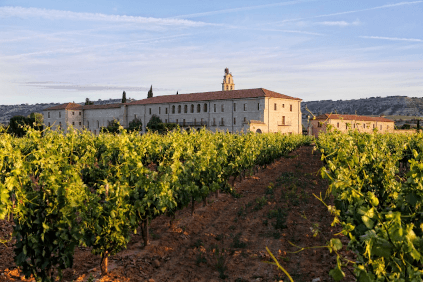 The abbey on the Duero

The former monastery of Abadia Retuerta is located in the municipality of Sardon de Duero. The famous river, which flows into the Atlantic Ocean in Portugal, was for a long time the border between Christian Castile and the Moorish south of Spain. The border location of the monastery made it an important defense and economic center during the Reconquista. Founded by the Premonstratensian Order, the monastery was rich in land and already in the High Middle Ages it cultivated the first vineyards with vines that the second abbot of the monastery had brought from Brugund.

A look at the present

Today, besides Tempranillo, French vines such as Merlot and Cabernet Sauvignon are also cultivated. These are all harvested by hand and selected on sorting tables for best quality. The whole property of Abadia Retuerta is divided into 54 plots, which all have different soils. The berries harvested there are all blended in small barrels, which has the advantage that the cuvées and varietal wines can be perfectly composed. 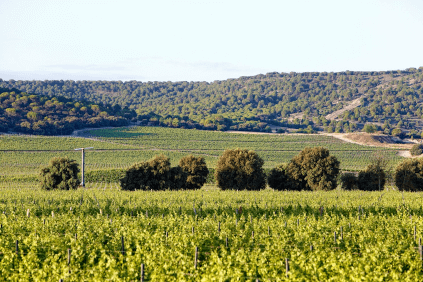 The Abadia Retuerta winery still follows the order of work, peace and hospitality practiced by the monks, even though the monastery now follows more secular rules than it did during the monks' time. But just like them, the winegrowers of Abadia Retuerta work in harmony with nature and respect the rules of biodiversity - for example, in 15 years they have planted more than 60,000 pines on the 700 hectares of monastery property. 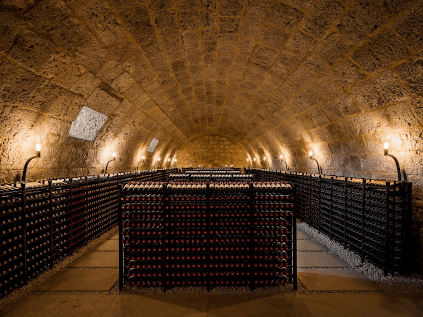