What is known to many as Alejandro Fernández, spans a viticultural history of more than 50 years - today under the great name of "Family Fernández Rivera". It all began in 1972, when Alejandro Fernández and Esperanza Rivera, with the money from the sale of a patent, bought a small 16th century stone winery and began to cultivate the vineyards.

Three years later, the first wine is finally bottled and on sale. Alejandro Fernández and Esperanza call it Tinto Pesquera - a homage to the birthplace of Alejandro and Esperanza, Pesquera de Duero. 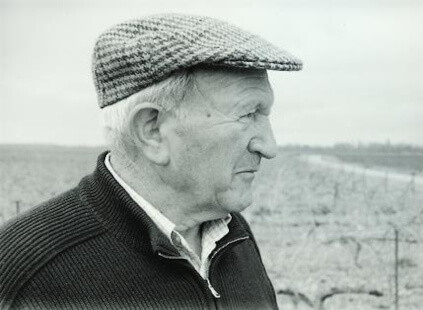 The success of the Fernández Rivera family's wines has led to a steep rise in the region, both in terms of quality and quantity. Thus, it took only a few years until the Ribera del Duero D.O. designation of origin was finally created in 1982.

The Janus - the next big thing of the top winemaker 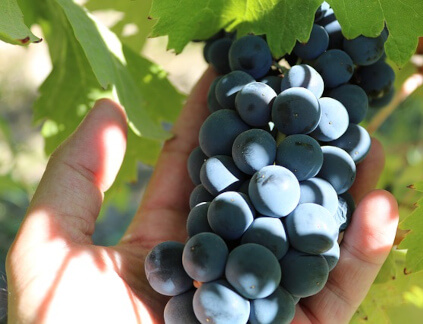 In 1982, practically at the same time as the creation of the DO Ribera del Duero, Alejandro Fernández launched the first Janús Pesquera, which bears the name of the two-faced Roman god. The Janús is vinified exclusively in excellent years from grapes of the Viña Alta, the highest altitude of the Bodega Tinto Pesquera.

In 1985 Alejandro Fernández came to the attention of Robert Parker, at that time not yet world-famous wine critic and recommender. He gives Tinto Pesquera, or more precisely Janús, an exceptionally high rating, and places it in the category of "Best Wines in the World". For Parker, the Janús is the Spanish Petrus.

10 years after the great success of Janús, the next top wine from the next winery of Alejandro Fernández follows in 1995. It is the birth of Condado de Haza, whose crianza in 2008 and 2012 was ranked among the 100 best wines in the world by the prestigious magazine "Wine Spectator". 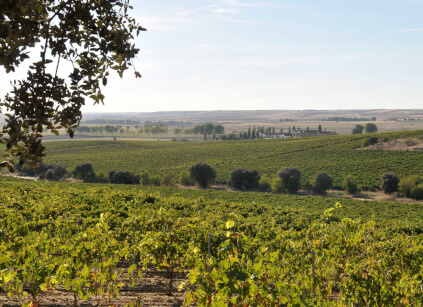 The increase of pace for Alejandro Fernández is increasing more and more. As early as 1998 he acquired a 300-year-old winery called Dehesa de la Granja in Vadillo de Guareña in the province of Zamora for the Fernández Rivera family. This estate produces first class wine, fine cheese, chickpeas and olive oil of the highest quality.

It still goes on - El Vínculo 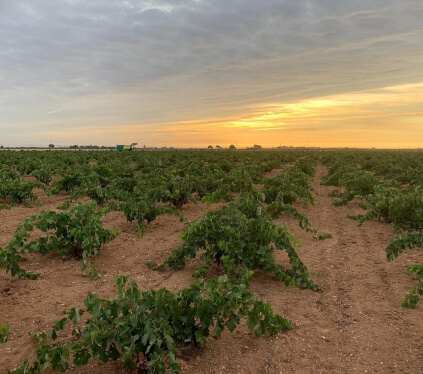 In 1999 the Fernández Rivera family built the El Vínculo winery in Campo de Criptana. In addition to Tempranillo, the vineyards of El Vínculo are planted with Airén, one of the most exciting white grape varieties in the world.

The granddaughters of Esperanza and Alejandro took over the management of the Fernández Rivera family vineyards in 2019. The third generation now runs a company that adapts to the times and continues to grow.

Currently there are 4 wineries, a hotel and a team of more than 120 employees under her management.