The home is Valencia

Anecoop Bodegas, based in Valencia in southeastern Spain, was founded in 1986. It is a second-degree cooperative, i.e. it was created by merging existing cooperatives. The three wine producers belong to Anecoop Bodegas:

Bodega la Viña is the largest of these three wineries. On a vineyard area of 2400 hectares, around 11.3 million kilograms of grapes are harvested annually. The winery presses only still red and white wines of the Monastrell, Cabernet Sauvignon, Tempranillo, Chardonnay, Syrah, Merlot, Macabeo and Tintorera varieties. In order to be able to cope with the mass of production, it has a fully automated cellar hall and modern bottling and packaging lines, as well as more than 3000 French and American oak barrels, in which the aroma of the wines is really rounded off.

Bodega Reymos was founded in 1918 as the first wine-growing cooperative in the region of Valencia. The winery is located 218 meters above sea level in the city of Cheste. The microclimatic conditions, the characteristics of the soils and the proximity to the sea provide excellent conditions for growing Moscael de Alejandria.

The smallest of the three Anecoop wineries is Bodegas San Martín de Unx in the Spanish wine region of Baja Montaña. Founded in 1914, it is the second oldest cooperative in Navarra. With 500 hectares of vineyards, 60% of which are planted with Garnacha, this estate has lower yields than its two sister estates. However, the dry to sub-humid climate, the high number of hours of sunshine and the strong winds favour a very good maturation of the grapes. The wines produced here are considered to be of high quality and reflect the terroir in which they are produced very well. 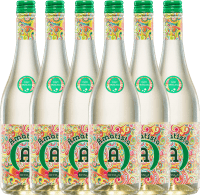 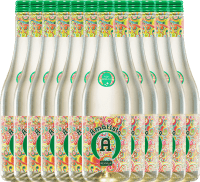 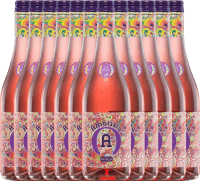 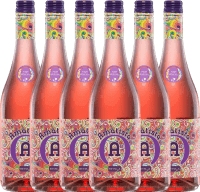