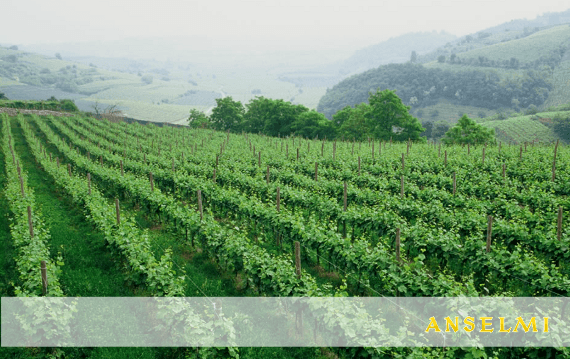 Roberto Anselmi finished his degree in 1975 and then worked on Venetian Soave production at his father’s winery. At the time, this was purely a wine production operation with purchased grapes, as the family no longer owned their own vineyards. Since his youth, it had been Roberto Anselmi's dream to repurchase the old vineyards that his grandfather was forced to sell during the economic crisis. He gradually fulfilled his dream of again owning the family property and even purchased further vineyards, as long as they met his high quality standards.

The second step was increasing the quality of the vineyards. In order to accomplish that, he planted the vines closer together while simultaneously reducing the grape yield per hectare. This increased the quality of the Azienda Agricola Roberto Anselmi wines, which now number amongst the best in the region. Unfortunately, his efforts to liberalise the laws pertaining to regionally typical Soave wines have been unsuccessful: He made the decision to trust in his own methods and forego DOC status. His wines are thus labelled with the quality grade IGT despite the fact that their quality has been maximised.

The grapes from Roberto Anselmi are cultivated on limestone and volcanic tuff. Despite the increase in vines per hectare, Anselmi produces less grapes than the neighbouring vineyards as he drastically reduces their yield (3 - 4 bunches per vine). This concentrates the extract in the grapes and allows the finished wines to perfectly reflect the terroir of the winegrowing region.