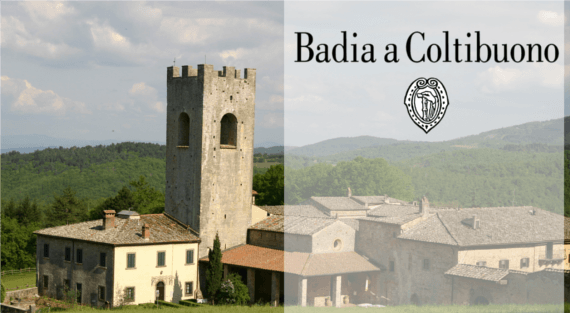 The Badia a Coltibuono Winery – The Monastery of the Good Harvest

Almost 1000 years ago, monks from Vallombrosa Badia a Coltibuono founded the ‘Monastery of the Good Harvest’ as a place of meditation and contemplation. In 1051 the Benedictine monks from Vallombrosa decided to build the Badia a Coltibuono monastery. At the same time, they introduced grapevines to the upper Chianti region, which turned out to be a truly historical decision with consequences: Wine production has increased over the centuries and evolved into a flourishing wine trade. Coltibuono experienced another economic upswing in the 15th Century, and the monastery properties in the region expanded along with it. Under the patronage of Lorenzo di Medici, the monastery became wealthy and famous. However, when Tuscany fell to the reign of Napoleon in 1810, the monastery was occupied by French troops, then deconsecrated and secularised. The monks were forced to vacate the monastery that same year. In the following two decades, the property changed hands numerous times, and was even put up for auction once.

Finally, the Florentine banker Michele Giuntini, the great-grandfather of its current owner, bought the former monastery in 1846. He was able to turn Badia a Coltibuono into a modern agricultural operation, able to compete both within Italy and internationally. Today Piero Stucchi’s daughter Emanuela and her brothers Paolo and Roberto continue to further the success of this historical tradition. Just as then, the current owners cultivate only the indigenous Sangiovese grape variety, and conscious that soil is the most valuable asset in grape cultivation, they were the first operation in the region to completely adopt production methods geared toward biological sustainability. Due in part to these principles, they have managed to produce one of the most famous wines in the region: The Sangioveto Rosso di Toscana, which is made from especially old, low-yield grapevines and is characterised by a distinctly unique boldness and maturation potential.

More information about Badia a Coltibuono