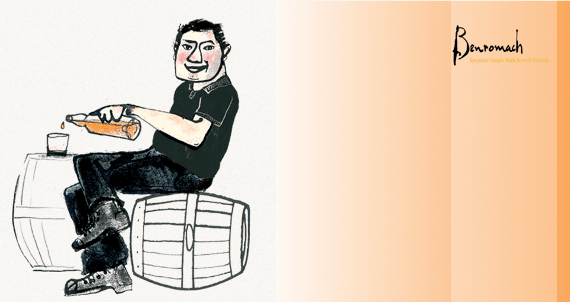 Benromach – The Smallest Distillery in Speyside

The Benromach Distillery was founded in 1898, close to Forres, and is the smallest whisky distillery in the Speyside region. The history of Benromach is rather inconsistent. Its production was never run under the same management for longer than a quarter of a decade – until 1993 when Gordon & MacPhail took the reins into their hands. The distillery was susequently renovated and equipped with state-of-the-art production technology. Finally, almost 100 years after it was founded, it was officially reopened by His Royal Highness the Prince of Wales, and presented the first single malt whisky from its new production 6 years later.

The Speyside region is known not only for its distilleries – although over half of all distilleries in Scotland are located there – but for its mild, slightly peaty malt whiskies. Benromach lives up to the ideal of the Speyside single malt absolutely, and a limited number of whiskies from it past production eras are still available. The three basic ingredients for the success of Benromach are: the finest regional barley, pure spring water from the Romach Hills and only the very best yeast.