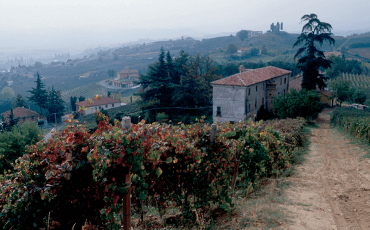 This operation was founded at the beginning of the 20th Century in Nizza Monferrato, in the heart of the Barbera d'Asti production region. In 1935, Arturo Bersano became cellar master of the family business. He placed his confidence in the three greatest varieties in Piedmont: the Barbera, the Nebbiolo and the Bracchetto. His work in the wine cellar and vineyards, his tireless spirit for pioneering and innovation, together with natural inspiration quickly paid off and resulted in quality wines that soon became the special feature of this winery.

For almost thirty years now, the business has been run by the Massimelli and Soave families who follow Arturo Bersano’s example. Cascina, where high quality grapes are grown, now plays a large role: Modern, but never losing sight of tradition.

Today the Bersano winery is one of the most important producers in the Piedmont wine growing region.