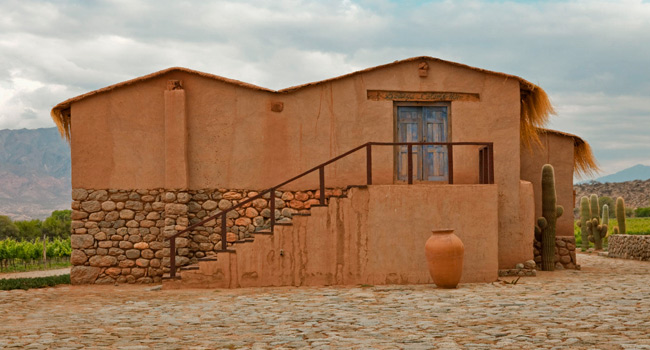 Bodega Colomé - Wines from the Highest Vineyard in the World

The Bodega Colomé winery was founded in 1831 and is owned by the Swiss family Hess, who also owns wineries in the USA, South Africa and Argentina.

Bodega Colomé is not only considered the oldest winery in the country – it also has the highest vineyards in the world. At an altitude of 2300 to 3111 m above sea level, grape varieties such as Malbec, Cabernet Sauvignon, Tannat, Petit Verdot, Syrah, Bonarda and Torrontes are grown. The up to 150 year-old ungrafted grapevines grow in the upper section of the Calchaqui Valley in the North Argentine province of Salta, which has a semi-arid, desert-like climate with extreme daytime/ night-time temperature fluctuations. The sandy, loamy soil has a low nutrient content and is generally considered almost infertile.

The vineyards in this craggy region are outfitted for self-sufficiency. A winery-operated hydroelectric power station was built to provide Bodega Colomé with electricity.