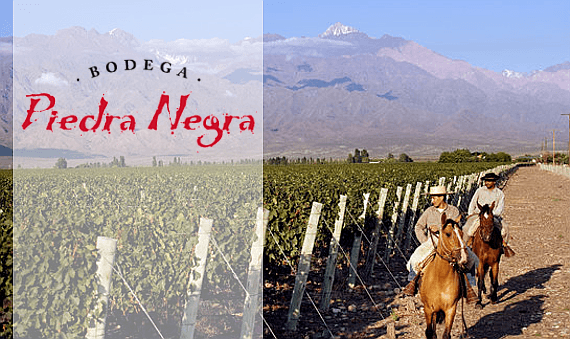 The brothers Jacques and Francois Lurton have been vintners in this South American country since 1992. The Luton brothers finally made their dream come true in 1996 when they founded the Bodega Piedra Negra in Valle de Uco. Back then, over twenty years ago, the Mendozas were not yet a wine growing region. Fascinating hills, craggy soil, but also a rich supply of groundwater influence the landscape of the region. It has a climate of extremes. In the Mendozas, where the sun shines 300 days a year, daily temperature fluctuations of 30° C are not unusual.

In Vista Flores, at an altitude of 1000 meters, Jacques and François Lurton bought their first parcel of land. It was to become the Bodega Lurton winery. The land there had rough, desert-like characteristics. Pyroclastic sand, split and gravel were the primary sediments in the soil of the elevated Valle de Uco. No one had attempted to grow grapes there until the two brothers arrived. Today, an impressive 250 hectare wine growing estate has evolved from that first original parcel.