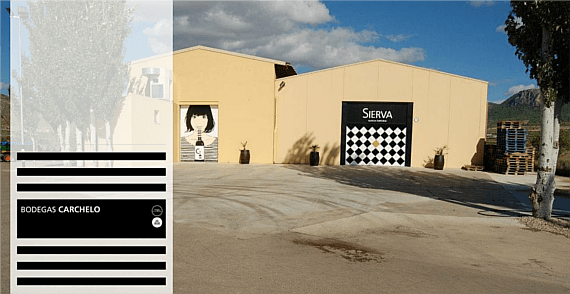 Bodegas Carchelo – Pleasing to the Eye and the Palate

Bodegas Carchelo is one of the more recently founded wineries that has risen victorious in the Jumilla region. The reasons for its success can be found in the consistent Mediterranean climate, the Monastrell varietal and, of course, a few of its great vintners. One of them is Agapito Rico. He has resurrected worldwide interest in the Monastrell grape and made it iconic under the name Carchelo.

A New Generation at Bodegas Carchelo

Today Agapito is no longer the youngest, which is why he sold large parts of his winery to two young, local entrepreneurs a few years ago. The new owners intend to uphold the tradition of Agapito Rico’s winery on the one hand, which is why they chose the name Carchelo. On the other hand, they also want the winery to stand for innovation and dynamics. The quality of their wines has definitely increased, and Bodegas Carchelo has acquired a new image. The winery has invested in modern cellaring technology, expanded its selection, and designed new labels – with great success if you ask us. But the wines not only look good, they taste even better.