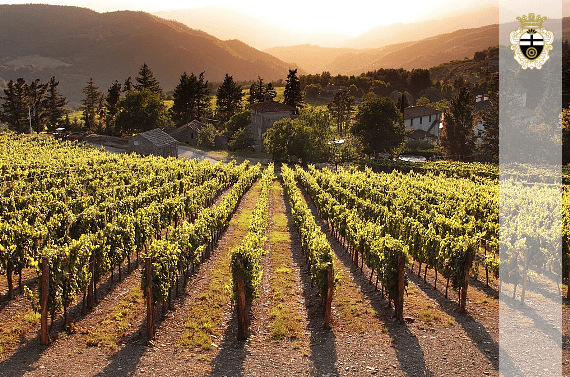 Castello Pomino is one of the most outstanding wine-growing areas in Tuscany - not only since yesterday, but for several centuries. The vineyards, which are situated up to 737m above sea level, were already in the time of Cosimo III de Medicis one of the four most important wine-growing areas of the Grand Duchy of Tuscany. Since the middle of the 19th century, Pomino has mainly produced Chardonnay and Pinot Noir, which produce excellent wines in the higher altitudes. In 1984, Marchesi de' Frescobaldi on the family-owned estate of Castello is the Pomino the pioneer of gravitational barrel filling in Italy, which preserves the wine and does not mix it unnecessarily.