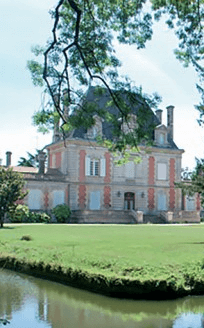 In 1985, Count and Countess Bernard de Colbert became the 67th owner of the Château Saint-Ahon and its vineyard.

In 2003, Françoise and Nicolas Chodron de Courcel, daughter and son-in-law of de Colberts, left Paris to settle in Saint Ahon.

As a result of the wine industry crisis, they wanted to set new perspectives for the winery and adapted the winery to the latest know-how. The changes concerned the vineyard, drainage, the cultivation with environmentally friendly agriculture, choice of suitable barrels and other aspects.

The estate covers 40 hectares of land, including 31 hectares of vineyards. The soils consist mainly of sand and gravel. The grape varieties Cabernet Sauvignon, Merlot, Cabernet Franc and Petit Verdot are cultivated on it.