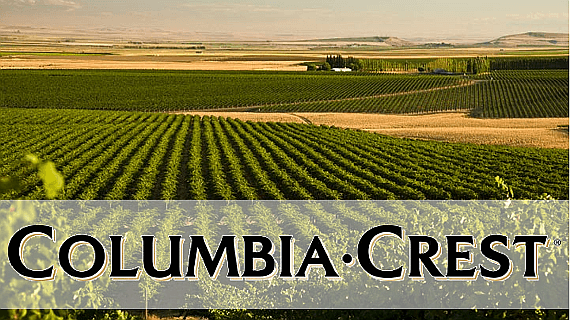 Columbia Crest is the largest winery in Washington State, in the north-western USA. Coincidentally, it also shares the same latitude as the Bordeaux winegrowing region. Ever since its founding in 1983, Columbia Crest has stood for the skilful combination of winemaking tradition and innovation. This philosophy has resulted in the creation of some of the most popular American wines - most notably their incomparable Merlots - which have made this red grape variety the bellwether grape of Washington State.

Columbia Crest is has received both regular and numerous + 90 reviews and top 100 placements from Wine Spectator. Yet this dynamic winery is not prepared to rest upon the laurels of its past achievements and continues to strive for ever higher wine quality. The focus is clearly on artisan wines, made from the grapes in only the very best parcels. That is the prerequisite for the bespoke Columbia Crest quality, which delights both connoisseurs and amateurs alike. From the delicious Two Vines quality to the amazing Grand Estates and premium wines such as the reserves.