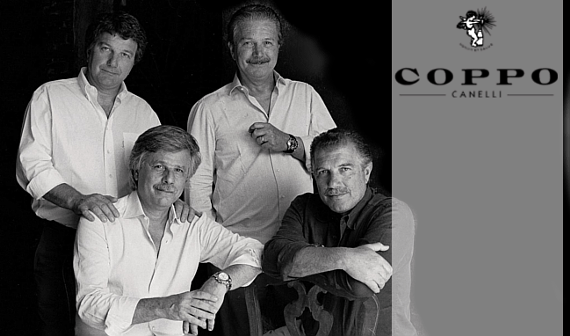 The Coppo Winery in Canelli/Piemont

Pietro’s successor was his son Luigi, who expanded the business, built new structures and added the equipment that made it possible to stand up to the difficult post-war market. In addition to the vineyards, he in turn also passed on this life and business philosophy to his own sons, Piero, Gianni, Paolo and Roberto, who are responsible for the wines they produce today. The enthusiasm of these four men led them to proceed in a new direction, which has proved itself successful since the 1980s. Alongside crus, they developed the Pomorosso: The Barbera in Barrique, a symbol of Piedmontese pride. Once maligned, today it has finally found recognition. Youthful courage coupled with steadfast tradition led the men to turn their attention toward the grape varieties which were in the process of forming the taste of the international market – and according to Canelli - that was how Chardonnay and Cabernet became their next challenge.
New cellars, high investments, restoration work and environmental protection measures are some of their most recent achievements.