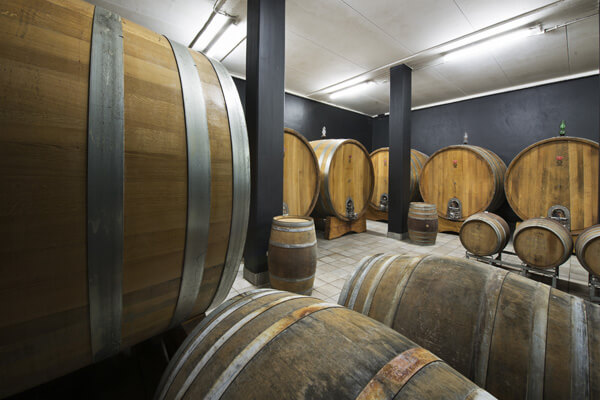 The Costa di Bussia winery is located in the cru region Bussia within the Barolo community of Monforte d’Alba. Luigi Arnulfo purchased the land in 1874 and founded the winery in the same year. Arnulfo was one of the early entrepreneurial personalities of Barolo. He began bottling his Barolo wines at a time when this was anything but the norm, he built up relationships to foreign markets and began to export his wines. In the meanwhile, the winery now belongs to the enthusiastic Paolo Sartirano. Costa di Bussia is home to 15 vineyards situated on a relatively steep, north-facing slope in close proximity to the cellars. The individual parcels have names that pay homage to the agricultural mixed cultivation from past times: They are called Campo del Gatto (Catfield), Campo dei Buoi (Cowfield), etc. The Costa di Bussia winery works only with its own grapes. The buildings and cellar were recently renovated from the bottom to top. Nothing is exaggerated, everything remains down-to-earth. And so is the style of its wines.