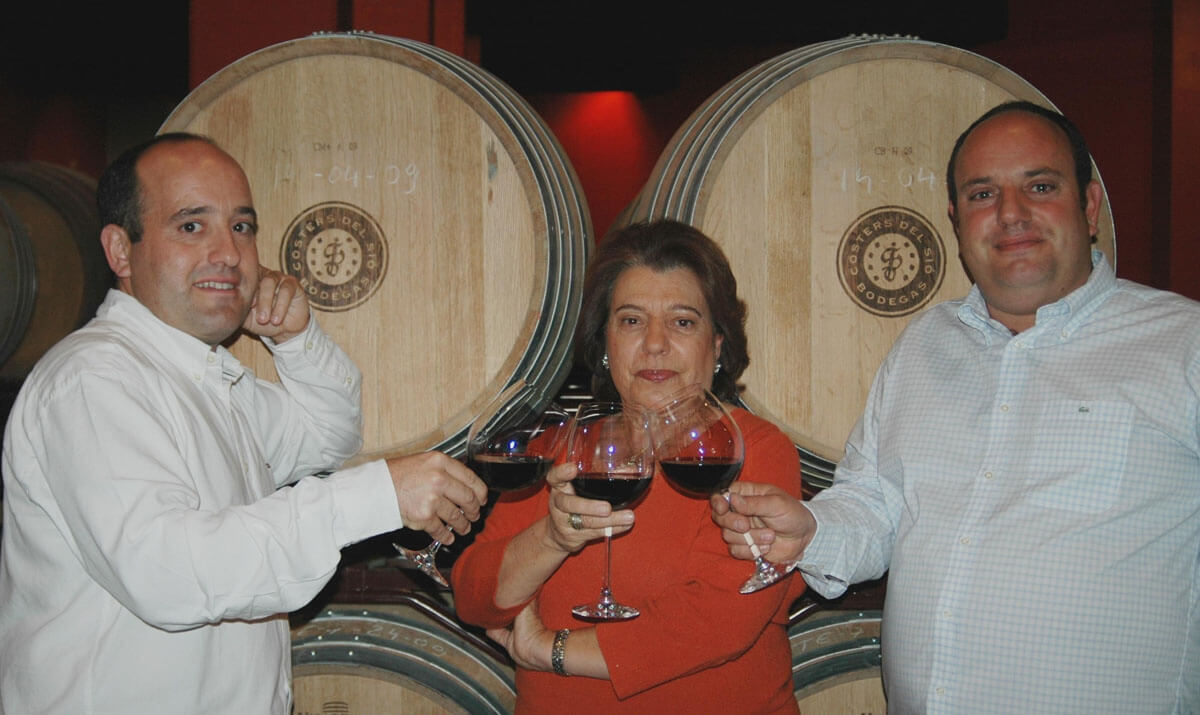 Juan de Porcioles had long dreamed of living in the country, where he could breed his own animals and farm the land in a traditional manner. In 1992 he fulfilled his dream and purchased a plot of land, the modern day Finca de Flix, which he now cultivates. The idea to make his own wine grew quickly, and so Juan began with the manual planting of his first vineyard, Vinya Vella, in 2008. He was supported in his enterprise by both family and friends. The first harvest took place just seven years later: The wines Alto Sios, Viña Sios red and rosé were the results of that vintage. In 2006, Costers del Sió was built, and the winery proper was born.

Costers del Sió is located in Balaguer in the Ribera de Sió. This is a picturesque, quiet area with a landscape dominated by olive trees and sheep herds. Situated 300 m above sea level, the grapevines here profit from fine chalky-sandy soil which gives the fruits a wonderful minerality. It has a mixture of continental and Mediterranean climates.

The varietal selection of del Sió is broad: alongside Tempranillo, Garnacha Tinta, Syrah, Merlot, Chardonnay, Pinot Noir, Cabernet Sauvignon and Viognier, the oenologist Valvanera Martinez de Toda Vallilengua also experiments with other varietals, e.g. Gewürztraminer. All of the grapes are harvested manually and processed in a state of the art cellar.