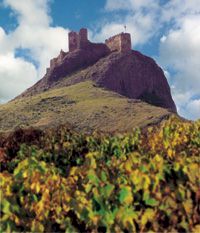 The Criadores de Rioja winery is located in the Spanish Iregua Valley. This is where to find the vineyards bedded between the Ebro and the city of Logroño in the north and the Islallana and Laturce Massif in the south. Due to the collision of Atlantic and Medierranean influences, the climate in this region is very diversified, which makes wine growing all the more exciting. The soil in the Iregua Valley ranges from fertile alluvial soil close to the river to the barren, stony soil on the mountain slopes. At an altitude of 44 m, Criadores de Rioja is cultivated primarily with Tempranillo, Garnacha, Mazuelo and Graciano grape varieties.

The business was founded by the Vivanco family in 1999. Despite the fact that the winery is so young, it has already become one of the largest Spanish merchants for Rioja wines.

Filter
No results were found for the filter!
Tip!
vegan