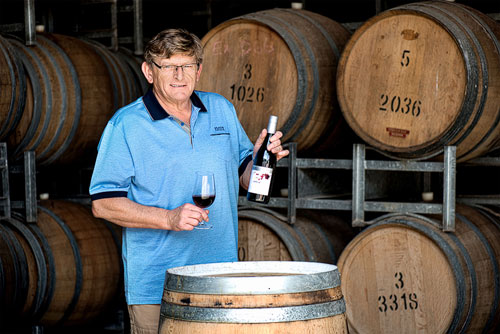 In the 1880s, the region of modern day Mildura, in the Australian state Victoria, which has a geography that ranges from wasteland to agricultural oases where citrus fruits, almonds, olives and, of course, grapes thrive. Responsible for the region's development was Australia's former Prime Minister, Alfred Deakin, who encouraged the Chaffey Brothers to emigrate from California to cultivate the land.

Today the Deakin Estate vineyards cover an area of 217 hectares along the Murray River. The grape varieties mainly gown are Chardonnay, Sauvignon Blanc, Colombard, Semillon, Cabernet Sauvignon, Shiraz and Merlot. Frank Newman is the vintner in charge of Deakin Estate. This likable Australian has adopted the motto of his favourite football club for his work with the grapes: Nil satis nisi optimum - nothing but the best is satisfactory. His efforts have paid off, and Deakin Estate now exports its wines to over 30 countries around the world.