The wines of Dinastia Vivanco are born in the vineyard. It is from there that they really get their personality. That of the terroir, the landscape and everything that happens in a whole year. That's why, when Dinastia Vivanco started building the winery, they had a clear idea of what they wanted to achieve. It was about treating the grape with respect, with the aim of enhancing its qualities. And this is exactly what Dinastia Vivanco has done.

Dinastia Vivanco - Rioja at it's best

All grapes are picked by hand and placed in small buckets or boxes so that the berries do not break open but remain intact. Once they arrive at the Dinastia Vivanco winery, the vinification begins with the most innovative aspect of the winery. A cold room where the grapes are cooled for 24 hours to bring their temperature down to 3°C. But what for? To extract the color and aromas of the grapes in the tank in a less aggressive way, to preserve their full personality. In a way, Dinastia Vivanco produces a particularly cold infusion of grapes and must, which can be called not only cold maceration, but almost ice cold maceration.

Working with gravity - almost a matter of course 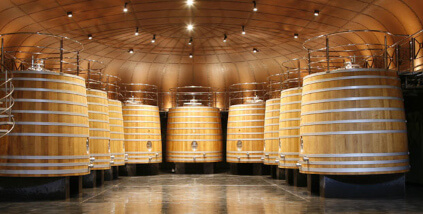 Another trademark of Dinastia Vivanco is the almost exclusive use of gravity. The grapes are received, selected and destemmed at the highest level, where the tanks are located. There is a difference in height of 5 meters between the upper and lower levels. This allows the grapes to enter the tanks by their own weight and does not require pumping. 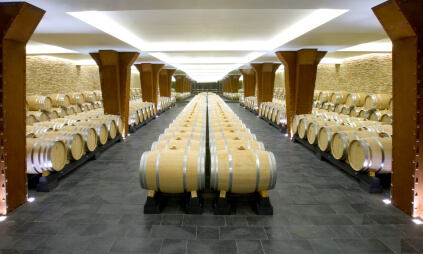 If you had to choose one word to define La Rioja, it would probably be "diversity". The terrain, the type of wind, the color of the ground, every meter, every leap from one village to the next is a change in the landscape. If you drew a horizontal line on a map, you would see that it is only 100 kilometers from the westernmost to the easternmost part of La Rioja. To the north is the Sierra de Cantabria, to the south the Sierra de la Demanda. And from west to east the river Ebro crosses it. This is La Rioja - a large valley between two mountain ranges that protect it. The western part is called Rioja Alta, then there is Central Rioja and then the eastern part, called Rioja Baja, all in 100 kilometers.

This diversity is the reason for the cultivation of grapes. Each grape variety finds its ideal place to express itself. Some, like Garnacha Tinta, need more light and others, like Tempranillo, thrive best with cool nights and slow ripening.

All grapes are harvested by hand in small 10 kg containers to avoid damage and ensure that the berries remain as whole as possible. The timing of the harvest is mainly determined by a strict ripening control, where the grapes are tasted plot by plot. 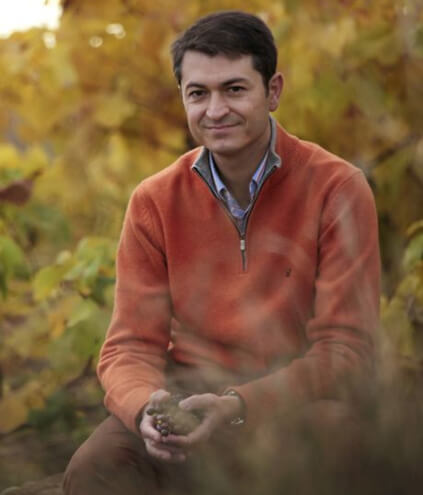 Rafael was born in 1975 in Logroño, the son of the winery's founder. Wine was very important for his family and also for him, although he must admit that there were more important things for him as a boy. At the age of 18, Rafael went to Pamplona to study agricultural engineering, because in addition to feeling wine, knowledge is also important, and he fell in love with Bordeaux. Two years of study at the Faculty of Oenology and two more years of vinification in some of the most prestigious wineries in the region led him to think deeply about what La Rioja and its terroirs can give. In 2001, Rafael Vivanco Saenz returned to Briones with his ideas and got down to work.

Thanks to the personal winemaking vision of Rafael Vivanco, Bodegas Vivanco has received a number of awards, both for the quality of its wines and for the combination of modern, innovative methods with traditional techniques in all winemaking processes.