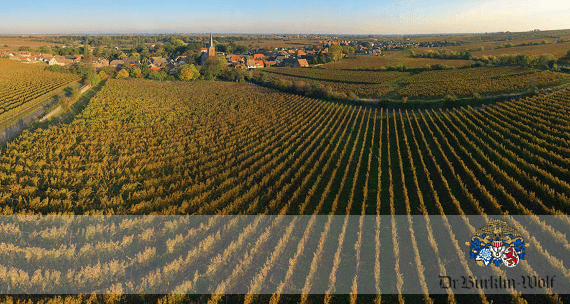 The roots of the Dr. Bürklin-Wolf winery go back to the 16th century. Since 1992 Christian von Guradze and his wife, the heiress of the family winery, have been managing the estate, which is one of Germany's largest private estates with 86 hectares of vineyards. Although it has been known for some time for its selection and desiccated wines, the main focus of the production was changed to dry white wines, mainly made from Riesling.

Two innovations have enhanced the overall concept of the production of the Dr. Bürklin-Wolf has fundamentally changed its traditional business and led it back to the forefront of Palatinate wines: The cultivation of the vineyard area, which has been adapted to biodynamic guidelines since 2005, and the encashment of the individual vineyards according to Burgundy's model in Grands Crus and Premiers Crus sites.