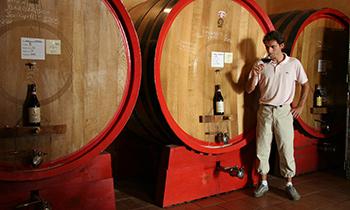 The Elio Filippino winery is located in the centre of the Italian municipality of Neive. Neive impresses as one of Italy's most beautiful villages and has a long tradition of viticulture.

Evaristo Filippino no longer wanted to sell the grapes produced in its vineyards to other producers in the Piedmont region, and founded its own winery on the right side of the river Tanaro at the beginning of the 20th century. In the 1950s, his son Domenico took over his father's business and began to fill the first bottles with his own label at the end of the 1980s. Today, the founder's grandson Elio Filippino runs the company with great care and environmental awareness.

Nestled in the hills of the Langa, Elio grows his wines on a total of 10 hectares.