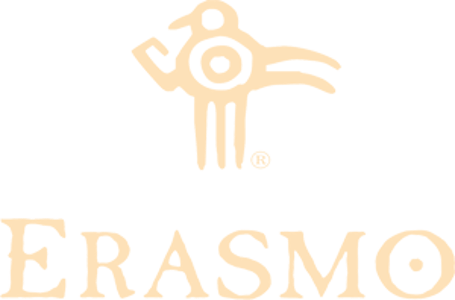 The vineyards of Erasmo Organic Winery are located in the oldest and most traditional wine-growing region of Chile, in the Maule Valley.

Here, the vines grow on the highlands near the coast, in the background of which the impressive backdrop of the snow-capped Andes piled up. The soils are very sparse and dry, resulting in small, concentrated grapes, which are refined into deep wines. Only three different grape varieties are cultivated here: Barbera, Cabernet Sauvignon and Merlot. These are traditional Mediterranean varieties imported from Europe.

The winery building was built in the 19th century and used until the end of the 20th century. The masonry walls are extremely thick, so the temperature fluctuations are very slow. A perfect place for wine production.

In 2005, Count Cinzano restored the old bodega, preserving part of the Chilean rural heritage. With this successful project, old values ​​are preserved by using available resources sensibly and complemented by modern technology. Thus, Count Cinzano took the utmost care of the environment during the restoration, wild yeasts are used for the fermentation of the wines, and the vineyards are not irrigated in any way. Nevertheless, these great, artisanal wines must be efficiently produced. So the cellar was equipped with modern equipment.