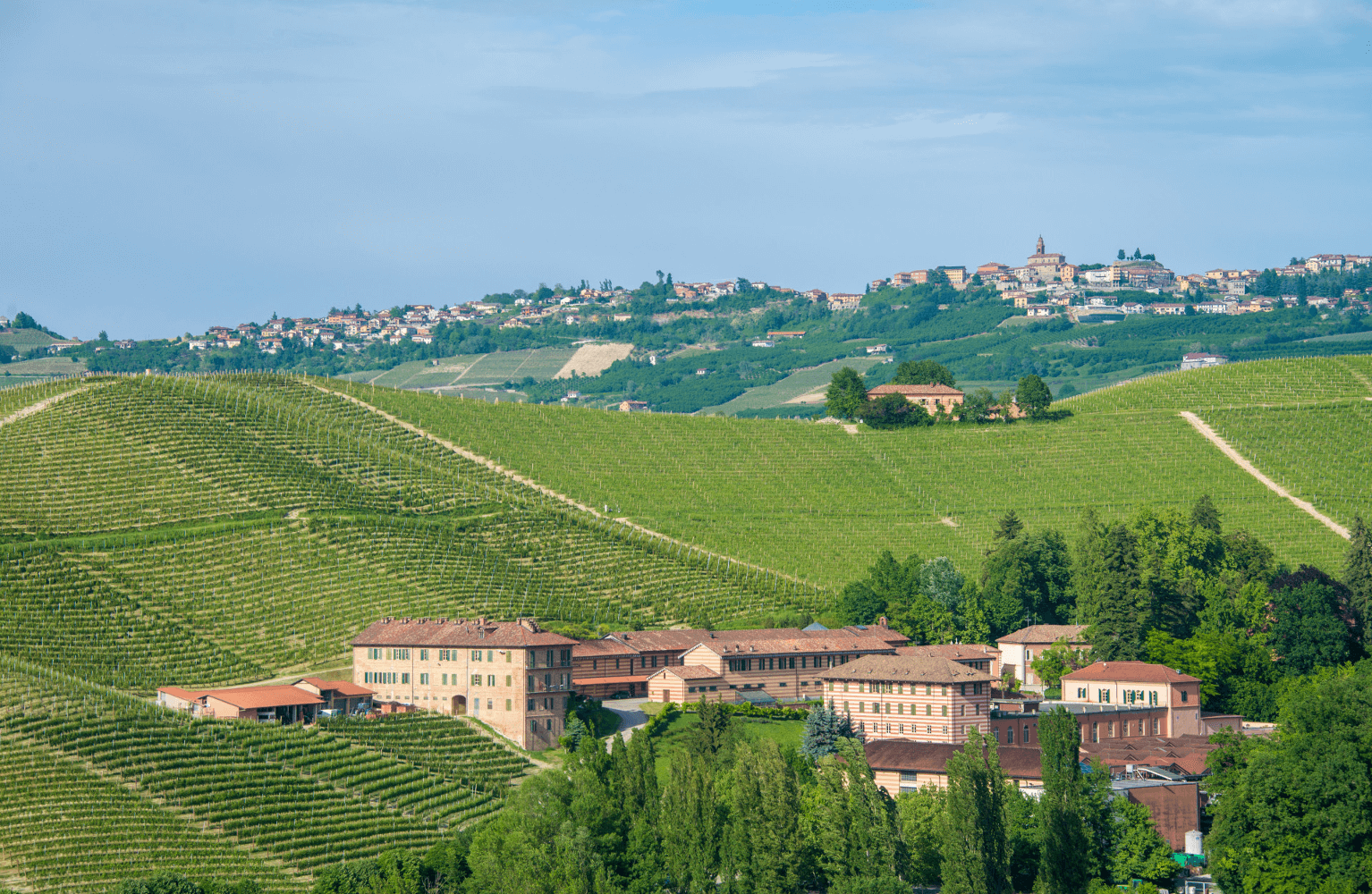 Fontanafredda - of love and wine

Like all beautiful things, Fontanafredda was born out of a love story: The one between King Vittorio Emmanuele II of Italy and his mistress Rosa Veracellana, called "Bela Rosin". The king bought the estate in the district of Fontanafredda for his mistress, later wife, and their children. For social security, he awarded them the title of nobility Count of Mirafiore and Fontanafredda, a traditional Turin title. His son, Count Emmanuele di Mirafiore, founded the winery around 1870 and shortly afterwards began marketing the Casa E. di Mirafiore wines with a great deal of foresight, passion and innovation.

Fontanafredda was not only a winery: Emmanuele had workers' apartments and a school built. The Mirafiore family's wine history ended with the sale to a bank in the Great Depression of the 1930s. Today, 70 years later, it belongs to the real Piedmontese, Mr. Baffigo and Mr. Farinetti, founder and owner of Eataly.

Nestled in the marvellous, gentle landscape of the Langhe hills between 200 and 400 m above sea level, there is Fontanafredda with its characteristic Piedmontese architecture and horizontal stripes, which we can also find on the new wine labels. For 155 years, it has been producing classics and innovative wines here, today more than ever with a focus on sustainability. Nebbiolo, Barbera, Dolcetto and Moscato are cultivated primarily from which Barolo and Barolo Crus, Barbaresco and Barberesco Crus, Gavi, Barbera and Asti Spumante are produced, to name but a few.
A speciality is Barolo Chinato, a flavoured wine that goes perfectly with the finest chocolate.

The winery offers visits to the vineyards, the park, the wineries, a restaurant in the historic Royal Villa Contessa Rosa and overnight stays in the vineyard houses.