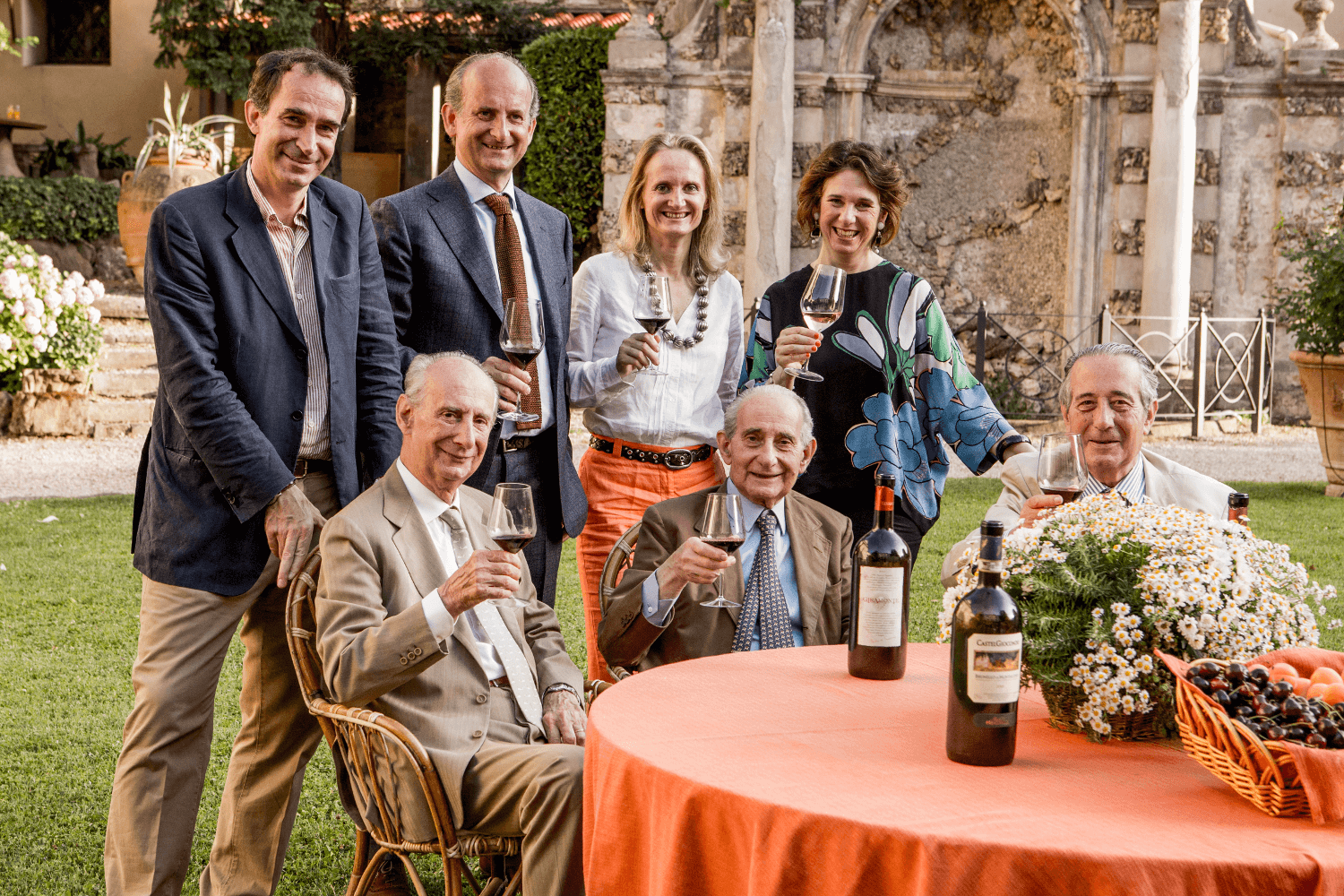 The Frescobaldi family trace their earliest roots back to the year 1000. It was particularly important during the rise of the banks and the aristocracy in the northern Italian city-states of the Middle Ages. The earliest documentary mention of viticulture by the fresco of Barcelona dates back to the early 14th century. Since then, the Florentine aristocratic dynasty has supplied many European royal courts and has become one of the oldest and most powerful families in European winegrowing. Vittorio Frescobaldi managed the fortunes of the family winery with the support of his two brothers Ferdinando and Leonardo. In 1980 the company was transformed into a joint-stock company. After the sale of Mondavi in 2005, Frescobaldi is the sole owner of this prestigious winery. The 31st generation has since taken over the helm under Lamberto Frescobaldi and is successfully developing it further.

Today, the Frescobaldis own 9 wineries with a total vineyard area of ​​850 hectares, in Tuscany in various DOC and DOCG areas, and in Friuli. The highest domain "Castello Pomino" in the DOC Pomino is a monopoly location of Frescobaldis and especially with white grape varieties - respectively white wine - planted.

The Castello di Nipozzano and Tenuta Rèmole are located near Florence, in the heart of the Chianti Rùfina area, and the Tenuta Castiglioni near Montespertoli, the place where the history of the Frescobaldi family started 700 years ago.
The Tenuta Castelgiocondo estate in the DOCG Montalcino is the place where Brunello was "born", in the south of Tuscany, in the Maremma, the Tenuta Ammiraglia estate has been added. The family has been the sole owner of the world-famous Tenuta dell' Ornellaia in Bolgheri since 2005, and for some time now the historical Attems winery in Friuli has been part of the family empire.

For some years now there has been an innovative and very interesting cooperation with the maximum security prison on the island of Gorgona, 32 nautical miles from Livorno. Agricultural scientists and oenologists from Frescobaldi work together with the prisoners. They are professionally trained in the wine-growing practice in order to facilitate their reintegration into society once they have been released. The viticulture is organic. The result is excellent and extraordinary wines with a lot of personality.

Marchesi de' Frescobaldi has been historically active outside of viticulture for centuries, whether as treasurer of the British crown or patron of art in the Tuscan cities. This tradition has also been preserved, as members of the Frescobaldi family are still committed to agriculture in Italy and the promotion of the art and culture scene in Florence and the surrounding area.