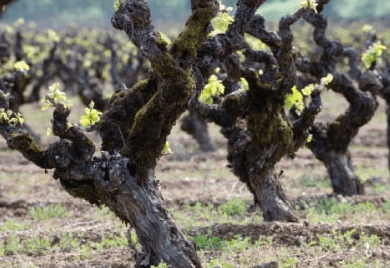 A favourite wine from Zinfandel

The story of Gnarly Head began with a wine. In 2004, the winemakers set out to make the Zinfandel grape their favorite American wine. They chose the best vineyards in Lodi, California, the home of this gnarled grape variety. The Zinfandel vines in the older vineyards are among the oldest in California and are raised according to the region's traditional free-standing gobelet method. They look like old gnarled heads. Over the years, they produce only small berries with exceptional concentration. These gnarled vines inspired the name of the wines as these old vines produce dense, full-bodied and juicy wines.

But not only Zinfandel can be gnarled. The winemakers have selected the best grape varieties from the vineyards of Northern California to produce wines in the same style: easy to drink, easy to combine with food. Gnarly Head wines are

Old Vine Zinfandel wines are made from grapes grown in Kramer Vineyard, with vines that date back to the early years of the 20th century. The best vineyards are still cultivated today by the descendants of the original Italian immigrant families, some of them already in the fourth generation, who were the first to plant the Zinfandel vines here. The Old Zinfandel wines of the Delicato Family Vineyards grow in these vineyards, the cooperation began decades ago, sometimes only sealed by a handshake. 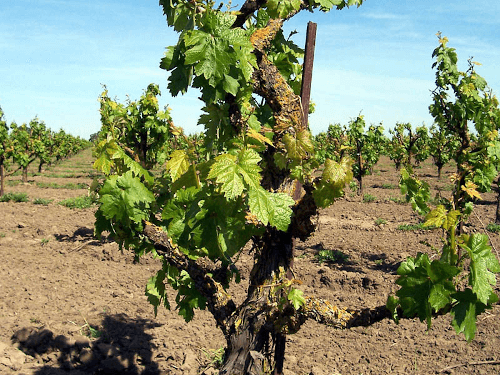 In 1995, the Delicato Family acquired the vineyards of Clay Station Vineyards, the former Old Borden Ranch, also in the Lodi, California region. Today it comprises 1300 acres of land (1 acres is about 4047 square meters), which are managed sustainably, according to the requirements of the so-called Lodi-Rules.

Gnarly Head is a product line of the Delicato Family Vineyards, whose roots go back to the Italian immigrants to America. The wines are made from grape varieties from selected vineyards in Northern California, partly owned, such as the Clay Station Vineyards, acquired by the Delicato Family in 1995, and partly contracted by original Italian winegrowing families who continue to cultivate their vineyards to this day in the fourth generation.