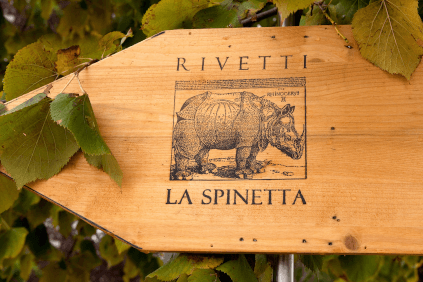 The story of La Spinetta is a story of the Rivetti family and began in the 1890s when Giovanni Rivetti, grandfather of the brothers Carlo, Bruno and Giorgio, left Piedmont to go to Argentina. Like many Italians at that time, he dreamed of becoming rich and becoming a powerful man. Although Giovanni never succeeded in achieving his goal, his son Giuseppe (nicknamed "Pin") finally fulfilled this dream with La Spinetta.

Pin married Lidia, bought vineyards for La Spinetta in Piedmont and started making his own wine. In 1977 the family settled in Castagnole Lanze in the heart of the area known for Moscato d'Asti. It was then known as a rather light and simple dessert wine. It was here that the residence of La Spinetta ( the "top of the hill") was built. The Rivettis believed that Moscato had the potential for greatness. To prove it, they created the first Moscato wines from a single vineyard - Bricco Quaglia and Biancospino. 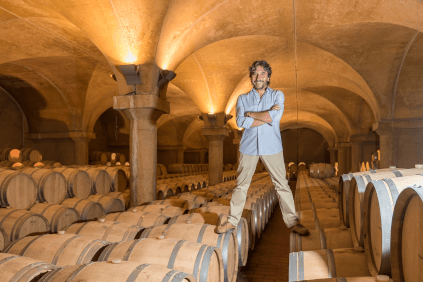 The origin of the portfolio

Over time, La Spinetta Vision grew bigger and in 1985 La Spinetta made its first red wine, Barbera Cà di Pian. In 1989 the Rivetti brothers named their red Nebbiolo-Barbera cuvée "Pin" in honor of their father. The first Barbaresco, Gallina, was produced in 1995, followed by Barbarescos Starderi Gallina in 1996 and Barbaresco Valeirano in 1997, and finally Barbera d'Asti Superiore completed the La Spinetta range in 1998.

Finally, in 2000, La Spinetta embarked on a project with Campè to produce a first-class Barolo. For this purpose, the Rivettis acquired vineyards in Grinzane Cavour, where Campè was created, a cellar at the height of its age.