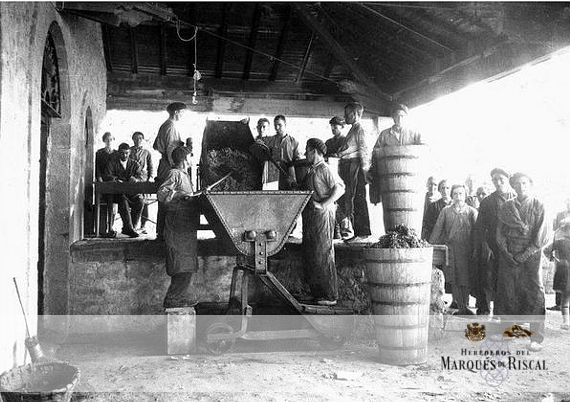 The Marqués de Riscal winery was founded in 1858 by GuillermoHurtado de Amézaga in Elciego and is one of the oldest wineries in Rioja. Since then, Marqués de Riscal has been setting international and national standards in wine. The Álava region, which belongs to Rioja and is located in the north of the Iberian peninsula, is characterised by a mixture of continental and Atlantic climate.

The winery was able to bottle the first wines 4 years after its opening. A short time later, the first success began when Marqués de Riscal was the first non-French winery to receive an honorary certificate at the Bordeaux wine fair. After more than 100 years, the company started the production of white wines in Rueda and other production facilities followed quickly. Today, Marqués de Riscal not only owns several wineries, but also the Marqués de Riscal Wine City, an eno-tourism pilgrimage centre with luxury hotel and star restaurant in the small town of Elciego.