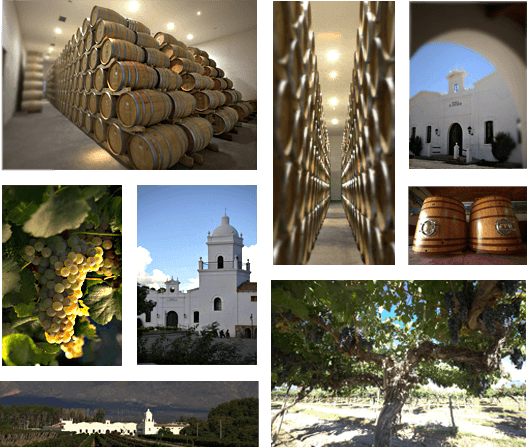 The history of Michel Torino wines begins at the end of the 19th century in a remote and unexplored part of northern Argentina. Together with thousands of European immigrants exploring the new continent, a special family came to South America to make history. They were the brothers David and Salvador Michel from France, as well as David's wife Gabriela Torino from Italy.

The adventurous and passionate pioneers were among the first to plant wine in the Calchaquí Valley. In 1892 they founded the company "Michel Torino Hermanos". With the Calchaquí Valley, they had chosen a particularly high altitude cultivation area which, according to their assessment, offered the best conditions for viticulture. An oasis in the middle of the desert, 1700 meters above sea level!

When David and Gabriela died, they left their children the vineyards that planted the first Torrontés vines here in the Calchaquí Valley, today a classic for wine lovers. You also bought more land for Michel Torino and noticeably expanded the vineyard in the 1920s.

After all, it was a Michel Torino wine that was the first Argentinean wine to be exported to the world. The secret of the family is quite simple. It was the willingness to put everything at the service of the cause and, of course, the Franco-Italian expertise and the extraordinary potential of the valley.

Apart from Torrontés, it is above all Malbec and, of course, the international classic Cabernet Sauvignon that generated a lot of turnover for Michel Torino. A delightfully genuine indulgence! Lose yourself in the fragrance of plums and cherries at Malbec, absorb the fresh lemon aroma of Chardonnay and find out for yourself why you will never love another Torrontés wine than the Michel Torino Torrontés from the Calchaquí Valley.