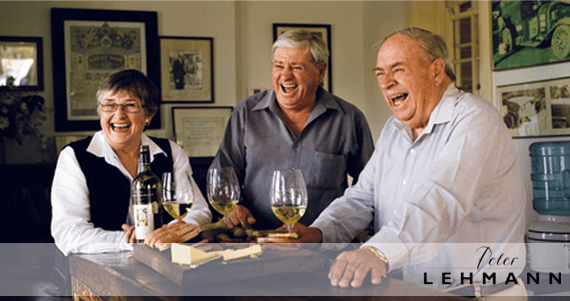 Peter Lehmann founded the Masterton Barossa Vignerons winery in 1978 in the Barossa Valley. The son of a Lutheran preacher of German descent, he started the barking with the purchase of grapes from some contract winegrowers in Barossa. The first bottlings took place in 1980 and two years later, the company was renamed Peter Lehmann Wines.

The secret of Peter Lehmann's success in viticulture

Peter Lehmann's maxim since the 1970s has been to ensure constant, but manageable and above all healthy growth. Since then, the small winery has become one of South Australia's largest wine-producing companies. The principle of buying grapes from the vineyards of South Australian contract winemakers has hardly changed since its foundation. Peter Lehmann adds about 2% of his total required grape volume from 50 hectares of his own vineyards. Even though Peter Lehmann retired with his wife and the company is meanwhile owned by a major Swiss investor, the Lehmann family still remains involved - his son Doug is the current managing director and keeps his father's quality standard high as expected.