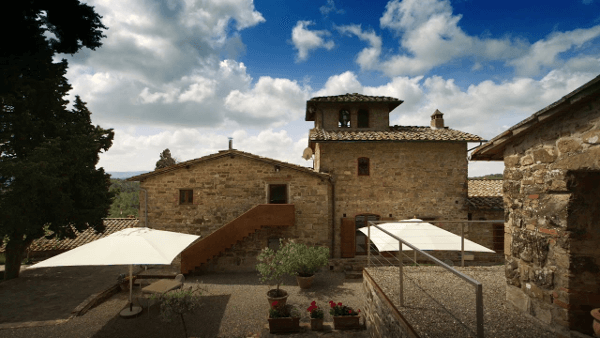 A piece of history in the heart of Tuscany

The Poggio al Sole winery is located in the heart of Tuscany, between Florence and Siena. The neighbourhood consists of well-known places such as Tavarnelle Val di Pesa and Greve in Chianti;On an estate in the area, wine and olives were already being produced in the 12th century This is proved by documents that can be found in the archives of the nearby Abbey of Badia a Passignano. Also the Viticulture in the looks back on a long tradition

Since the early 70's the family has been producing wine. Its origin located in the Swiss community of Flýaumlýsch. Also the Sýoumlýne Johannes and Andrea became winegrowers and winemakers, followed by the study of oenology. Then the family took over “Poggio al Sole”. The older of the two sons, Johannes, now lives with his family in Tuscany. 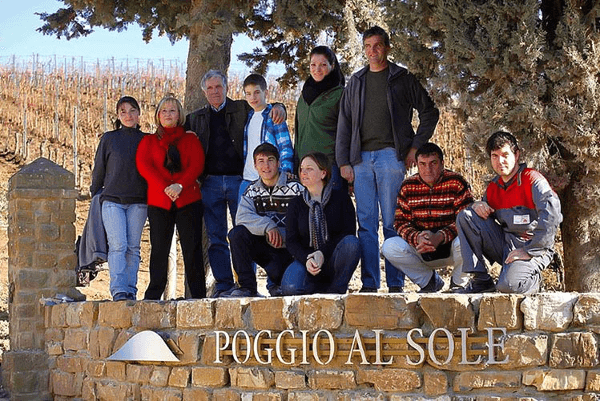 The 24 hectares of vineyards are exclusively south-east to south-west facing and lie at 300 to 500 m above sea level. Yield is deliberately reduced to 400-600 grams of grapes per square metre to produce maximum quality.

The typical grape varieties for Poggio al Sole are:

The love for the craft and the harmony with nature are the basis and the foundation for the wines of Poggio al Sole.