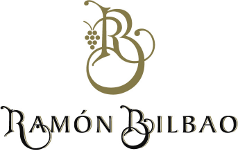 Ramón Bilbao Murga founded this winery in 1924 in Haro in the province of La Rioja in northern Spain. This region is regarded as a traditional wine-growing region, at the latest after 19th century French farmers settled in order to produce wine according to the French model. This area is a paradise where Tempranillo in particular thrives. At present, Rámon Bilbao owns about 75 hectares of vineyards in Haro and its surroundings, which are generally harvested by hand.

The winery has an eventful history, with the acquisition by the Diego Zamora Group in 1999, and since then the wine maker Rodolfo Bastista, as the cellar manager, has been responsible for the character of Ramón Bilbao's wines. He also developed new wine concepts and invested heavily in new equipment, technology and a new barrique cellar.