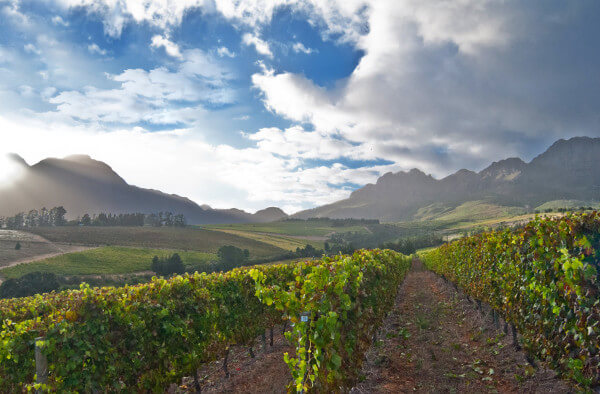 Jean Engelbrecht recently took over Rust en Vrede Estate from his father Jannie. Just like Jannie, Jean had a life before wine. While his father was a South African rugby idol before he bought the winery in 1978, his son flew around the world as a Jumbo pilot for South African Airways for many years. Their passion for wine is both in their blood. And so they have made Rust en Vrede into what it is today: a listed pearl of Cape Dutch architecture and a vineyard acclaimed by wine critics from all over the world. Rust en Vrede received a very special honour in 1993, when a wine from her cellar was served on the international scene and in a highly official setting at the Nobel Peace Prize award ceremony for Nelson Mandela and F. W. de Klerk.