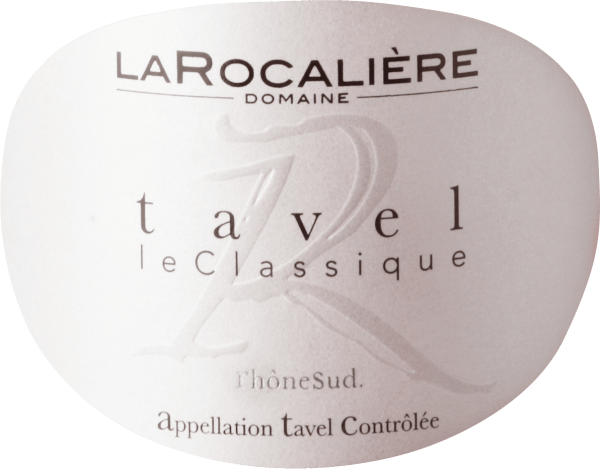 Wichtige Eckdaten
Close menu
Description More information
Description
The Tavel from the wine-growing region of the Northern Rhône Valley offers itself in a glass in... more
Close menu

The Tavel from the wine-growing region of the Northern Rhône Valley offers itself in a glass in dense raspberry-pink. This French cuvée flatters in the glass with wonderfully expressive notes of kumquats, mulberries, pink grapefruit and lime. This is joined by hints of walnut, sun-warm rock and black tea.

The Tavel of Domaine La Rocaliére is the right wine for all wine enthusiasts who like as little residual sugar in their wine as possible. However, it is never sparse or brittle, as you would expect from a wine at a higher price. On the palate, the texture of this powerful rosé wine is wonderfully dense. Due to the moderate fruit acidity, the Tavel flatters with a soft mouthfeel, without losing its juicy liveliness. The finale of this mature rosé wine from the Northern Rhône Valley wine region, or more precisely from Tavel, finally inspires with a beautiful finish.

The powerful Tavel from France is a cuvée, vinified from the grape varieties Cinsault, Garnacha, Mourvèdre and Syrah. After the harvest, the grapes are immediately transported to the winery. Here they are selected and carefully broken down. Fermentation follows in stainless steel tanks at controlled temperatures. The fermentation is followed by a maturation on fine yeast for several months before the wine is finally bottled.

Enjoy this rosé wine from France best moderately chilled at 11 - 13°C as an accompaniment to pasta with sausage dumplings, potato pan with salmon or roasted calf's liver with apples, onions and balsamic vinegar sauce.

From: Franz
On: 17 Nov 2018
Write a review
Reviews will be published after verification.
Tavel AOC 2019 - Domaine La Rocaliére also available in this category:
More similar articles