When Marchese Lodovico Antinori set out in 1995 in search of suitable land for the expansion of his Ornellaia vineyard, he almost by chance discovered Biserno, a fabulous estate with breathtaking views of the Thyrrenian Sea. He quickly realizes, however, that the geology, geography and climate are very different, despite the short distance to Bolgheri, hillier, rockier, rougher. The decision will soon be made to create a new, independent project in the as yet unknown Alta Maremma.

Tenuta di Biserno - Antinori to the power of two

After the sale of Ornellaia, the winery that Lodovico Antinori founded in 1981 in Bolgheri in response to Sassicaia by his cousin Nicolò Incisa and Solaia by his brother Piero Antinori, the way is clear for the new project in Biserno. In return, the historical rivalry is overcome and Lodovico enters into a technical relationship with his brother Piero Antinori and the landowner Umberto Mannoni in order to bring the potential of the Tenuta Biserno to life. Between 2001 and 2005 new vineyards were planted and the resulting wines have exceeded all expectations and can be considered new stars in the Super Tuscan firmament.

The winery counts today 95 hectares with two estates in the Alta Maremma, Tenuta di Biserno with 49 hectares and Tenuta Campo di Sasso with 46 hectares, on the coast of western Tuscany, nestled in the hills of Bibbona. It borders on the historical village of Bolgheri and offers a beautiful view of the Tyrrhenian Sea, the facing island of Elba and in the distance the island of Corsica - a very special place. 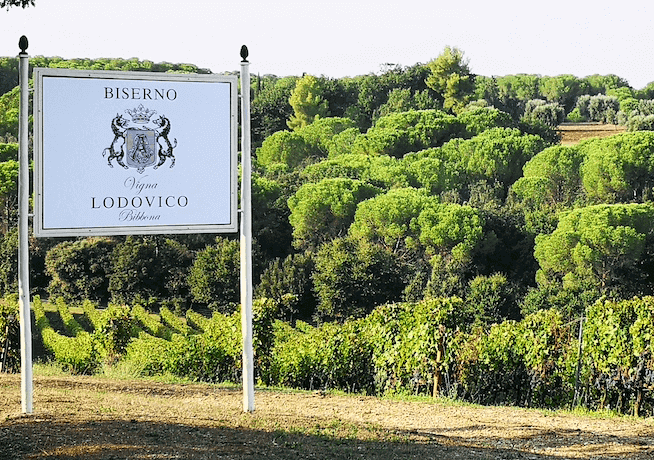 The soil consists of the so-called Bolgheri conglomerate - a mixture of alluvial land rich in minerals, active limestone and round pebbles that provide drainage. Rather untypical for Bolgheri, there are also bags made of important clay. Due to the terroir and soil conditions, Tenuta di Biserno is planted exclusively with Bordeaux varieties, mainly Cabernet Franc, followed by Merlot, some Cabernet Sauvignon and some Petit Verdot. The soil is very varied. High density maritime sediments and clay, on well protected northwestern slopes, offer ideal conditions for Merlot, while free drying gravel pits at higher altitudes are perfect for Cabernets Franc.
The soil is obviously an important aspect of the terroir, as is the microclimate. The nearby Thyrrenian Sea acts like a mirror and reflects the sunlight, so Biserno benefits from a cooling breeze and perfect sunlight.
Directly on the border, in the exceptionally beautiful Bellaria location, whose northern exposure lies within Biserno and southern exposure within Bolgheri, is the famous Lodovico vineyard, 6 hectares of spectacular terroir within Biserno, considered the best in the area and from which the homonymous Lodovico wine originates. 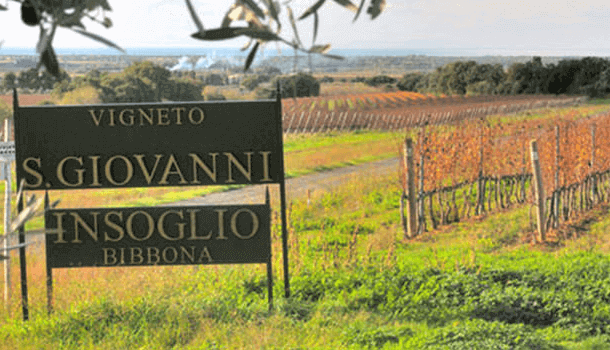 Not far away and yet separated, is the Tenuta Campo di Sasso, with a total of 46 hectares divided into three plots, southwest of Biserno, 7 kilometres away and closer to the town of Bibbona. The soils are very different from those of the Tenuta Biserno, they are more sandy, loamy, alluvial with good drainage and low clay content. Here in the Vigneto San Giovanni and Insoglio, Cabernet Franc and Syrah, Merlot and Petit Verdot are cultivated. The first wine of the Tenuta Campo di Sasso is vinified in 2003 as Insoglio del Cinghiale.

Between vineyards, lemon trees and olive groves stands the guest house Relais Biserno, 1950 after the original from the 18th century rebuilt which exactly a century before had been destroyed. Beautifully furnished, with an impressive vaulted hall, a wonderful garden with pool, it is available since 2006 for exclusive celebrations and events, wine and olive oil tastings, as well as the visitors of the winery, recently also with an attached shop. 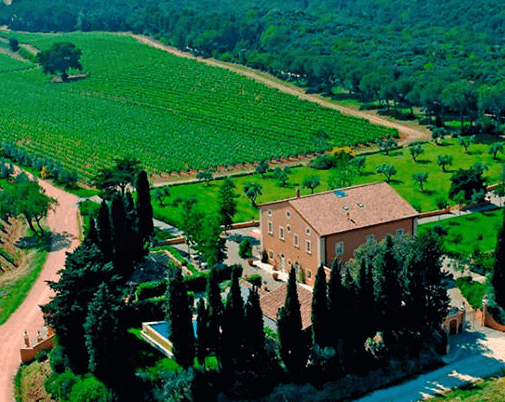