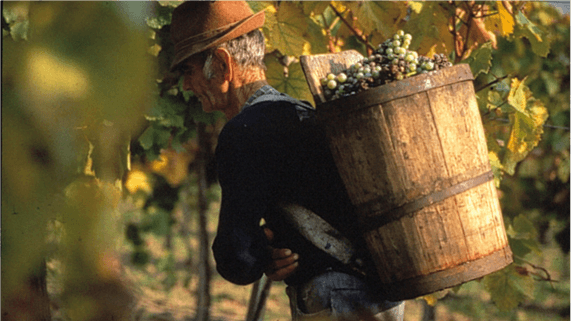 Already in the 15th century the first Tokaji Aszú were pressed, and thus already about 200 years before the Sauternes and a whole century before the great noble sweet wines from the Rhine valley! When, in 1562, the Hungarian archbishop presented the noble sweet wine of Pope Pius IV to the Hungarian Archbishop, he aroused a real euphoria among the greats, czars and kings of the world.

The Vinum regum, rex vinorum (wine of the kings, king of the wines) is said to have proclaimed Louis XIV, while Voltaire and Goethe also found inspiration in the Aszú. At the end of the 19th century, however, the Aszú experienced the abrupt (preliminary) end of its success: vine pest, World War I and World War II and the ensuing communist leadership left all production lying idle until around 1989, with the help of foreign investors, it succeeded in awakening the Tokaji region from its hibernation.

Founded in 1993, the Oremus Tokaj winery is a cooperation between the famous Spanish bodega Vega Sicilia and the Hungarian state. Vega owner David Álvarez in Tokaj has been working with a group of Hungarian experts with great success to achieve the common goal of continuing the century-old tradition and producing the best possible aszú.