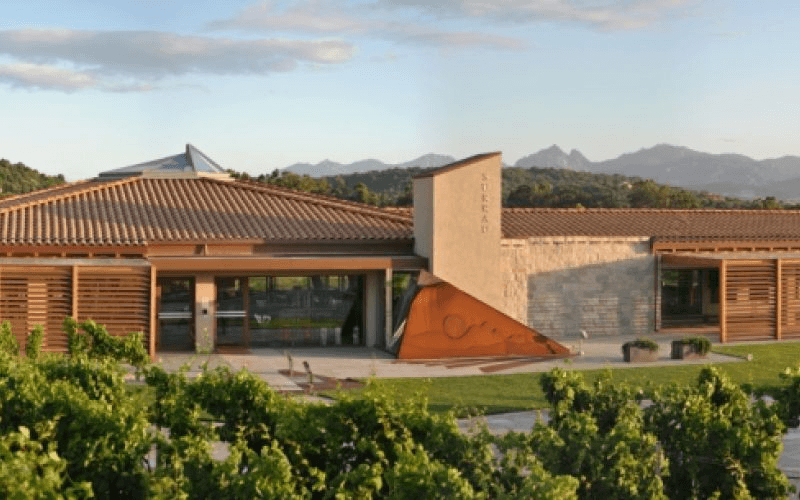 In the heart of the Gallura, where the world-famous Costa Smeralda unfolds its fascination, the Surrau valley winegrowing tradition and innovation come together not far from one of the most beautiful beaches in the world.

When the 12 Demuro brothers crushed the grapes in the vats as children, they probably had so much fun that they didn't think about what they would have done as adults. It was a game to them. Like all children at a time when each family in Gallura had their own vineyard and produced their own wine. And perhaps they had not expected that one day they would return to wine under the brand name Vigne Surrau to tell the gentleness and harshness of their country and even the history of the family.

It all began in 2001 with the three hectares in Manganedda planted by his grandfather in the 1920s; then came Surrau, 1 hectare. In time, two more sites were added: Juanni Solu, on the road to Luogosanto (opposite the Capichera estates of his cousin Ragnedda), 20 hectares with Cabernet, Carignano, Cannonau, Bovale and Mauristeddu; and on the provincial road to Porto Cervo, in the village of Chilvaggia, the three-hectare estate comprising the main structure and cellar. A conference room and plenty of space for tastings are located here in the winery, which was newly built in 2004.

When Pietrino Demuro tells today, the sincere enthusiasm of the child who tramples on the grapes as he guides his visitors through the different wineries, tells enthusiastically about how to plant and cultivate a vineyard, how to harvest the grapes, the new irrigation pipes, the great respect for the work of his employees. Not to mention the discovery that the grapes are no longer touched by human hands after harvesting and that they become wine thanks to a clever balance of modern technology and ancient peasant wisdom, both are indispensable.

Today, the winery produces over 100,000 bottles, which are sold in Italy, Germany, England and even Russia.