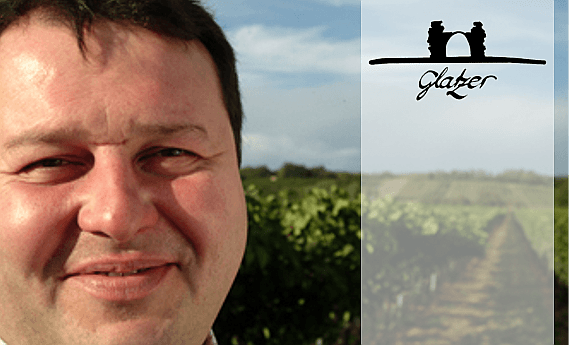 Bald - the Danube, the sun and wine

The Carnuntum, the region east of Vienna and south of the Danube, is a climatically favourable region that the Celts and Romans already appreciated as a winegrowing region. Especially when Emperor Probus ended the Italian wine monopoly and planted quality varieties along the Danube, the region experienced its first blossom as a wine growing region. This is proven by a large number of excavations. This tradition still characterizes the region today and finds expression in the logo of the Glatzer winery, for example, by depicting the well-known Heidentor.

Tradition and innovation at the Glatzer Winery

Glatzer's wines are characterized by the unique terroir of Carnuntum as well as by their education. The stony limestone and loess soil and the Pannonian microclimate, together with the influence of the Danube, provide the right basic conditions for viticulture on the one hand, and on the other hand the careful wine-growing and cellar work contributes to high-quality wines full of character and character. The Glatzer Winery combines tradition with innovation. Here, tried and tested methods are implemented with the aid of modern technology, so that wines with a clear varietal and geographical character can be produced, which always show the distinctive signature of the winegrower Walter Glatzer.